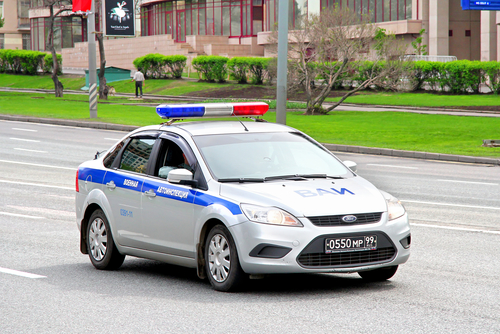 Police departments from LA to NYC and everywhere in between will now be able to chase fleeing suspects in a vehicle that gets an EPA-estimated 38 miles per gallon, meaning that the cops will be chasing bad guys while being planet-friendly. At Clancy’s Auto Body, we read this news story in Oakland Park, FL and now we’re happy to share it with you.

You may have seen police cars in your neighborhood within the last few years that are hybrids, such as Toyota Priuses or Chevrolet Volts. Those cars are used primarily to get police officers from one location to another and nothing more. They’re not designed for chasing and apprehending suspects in potentially dangerous high-speed pursuits.

The Police Responder Hybrid Sedan is very similar mechanically on the Ford Fusion Hybrid, but a wide range of alterations and enhancements have been integrated into the vehicle for more serious police work. Major changes include an improved engine cooling system, better brakes, a more hardy suspension system and skid plates underneath the car’s chassis in order to protect all of the mechanical components when the car flies over curbs.

In order to legitimately qualify as “pursuit rated,” the Ford Police Responder will be tested and re-tested this fall by the Los Angeles Sheriff’s Department and the Michigan State Police–two agencies that review and rate pursuit cars for police departments nationwide. Ford is extremely confident that these vehicles will easily pass, based on the car manufacturer’s own internal testing.

In addition to catching criminals, Ford is also promoting the $3,900 in annual fuel savings per vehicle compared to other strictly gas-powered police cars. The hybrid’s fuel economy is almost twice as good as that of the non-hybrid Ford Police Interceptor, so it is getting kudos across the board from policeman who want power and fuel economy at the same time.

According to Ford, most police cars spend about 60% of their time idling. Since hybrid cars use almost zero gas while idling, this is even more attractive to police departments all over the U.S.

The Police Responder Hybrid Sedan is designed mostly for urban use, according to a press release from Ford, so if you live in either Los Angeles, New York or Chicago, you may seen a few in your city very soon. Hopefully you won’t view it in your rear view mirror with a bunch of lights flashing!